The Ultimate Guide to Sex After Fifty: How to Maintain or Regain a Spicy, Satisfying Sex Life Joan Price 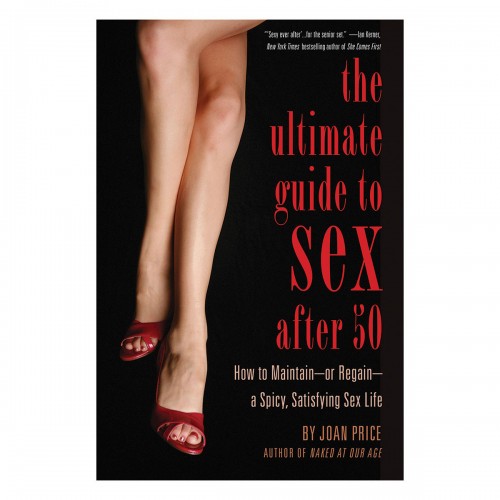 The population over age 50 is larger than ever in history. According to the U.S. Census Bureau, 32.1 percent of the U.S. population were age 50 and over in 2011. This demographic is also healthier, more aware, more youthful, and more vocal than any previous older generation. Thanks to ongoing medical discoveries, the sexual revolution, and the Internet, today's seniors are also sexier than ever — or at least they're now willing to talk and ask about sex as never before. They are the generation that discovered clitoral orgasms, vibrators, and Viagra, and there's no stopping the thirst for knowledge and pleasure now. Since 2005, Joan Price has penned Better Than I Ever Expected: Straight Talk About Sex After Sixty and emerged as the go-to sexpert for the over-50 population. Price's savvy advice, honesty, helpfulness, and humor garnered awareness in the media, in professional circles of therapists and sex educators, and among the huge population of people over 50 who hunger for real information from an age appropriate author. Price tackles it all in this definitive guide to sex and aging: health, fun (and function), disability, dating, illness, orgasms, G-spots, P-spots, polyamory, kink, and much more.