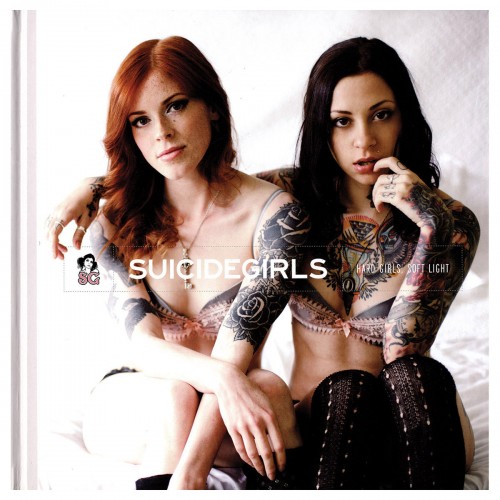 When we say Hard Girls we mean "hard" in the British slang sense of the word, which is used to describe someone who is tough, strong, a little dangerous, and who doesn't take crap from anyone. Make no mistake, these women are beautiful and can be vulnerable and sweet, but conversely, they are also courageous and hard, with a strength that is often born of fire. When we talk of Soft Light, we emphasize it because, before SuicideGirls, the kind of girls we love was depicted in a harsh light. Not just literally, with the use of flash photography and bright lights, but metaphorically by way of context, too. "Alternative" tattooed and pierced girls were often visually stereotyped, being overwhelmingly depicted wearing heavy makeup, latex outfits, stiletto heels, and the like. We didn't want to put our girls into dominatrix dungeon fantasies, we wanted to wake up with them in bed and see them at first morning light. The unique beauty, the individualist sex symbol, shot in her natural state.