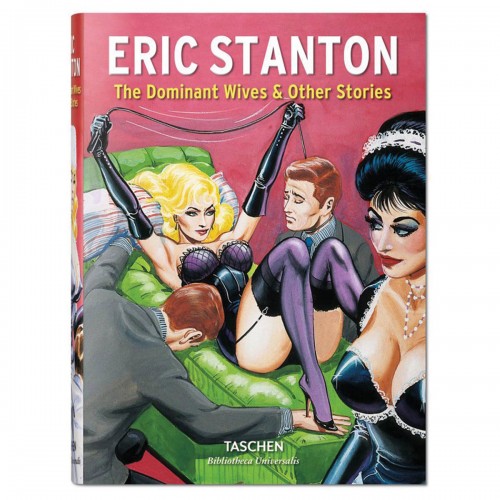 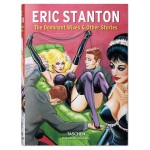 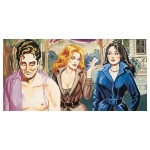 You can trace a thematic line between the work of comic-book artist Eric Stanton and his fellow American image-maker Russ Meyer. Both began producing their art in the aftermath of World War Two, both were obsessed with a similar parodic vision of the female. Tall, absurdly buxom, with long legs, a slim waist, long hair, and an expression of insane desire imprinted on her beautiful face, as with Meyer, Stanton's depiction of woman was beyond reality. They were amazon descendants, femme fatales, mistresses of the whip or the handcuffs; simultaneously a parody and a sincere celebration of empowered sexuality. The men in his fast-moving narratives are often striving to escape but they are always immobilised, restrained literally by ropes, or simply frozen in their awe at the sight of Stanton's superheroines. So prolific was the artist that his collected oeuvre, all the covers, illustrations (for magazines such as Exotique) and comic books, could now fill several libraries, but one should really stumble upon Stanton by chance. At midnight in a cheap hotel room, you might come across this edition lurking under the mattress with a girl's name and a phone number scrawled inside. You probably won't even need to phone that number.