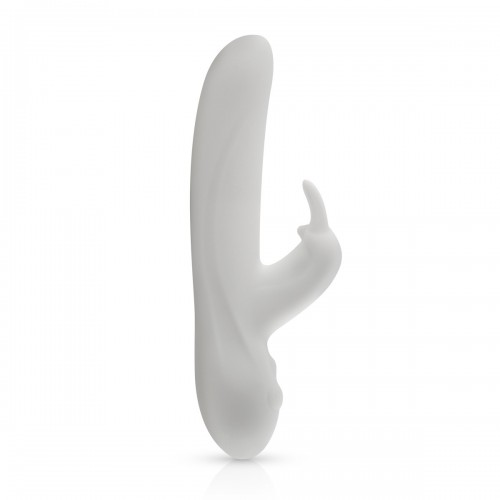 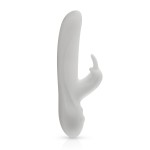 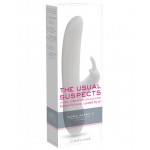 Just when you thought the Rabbit Vibe couldn't get any better, meet the rechargeable, all-silicone version of the original. Based on one of the best-selling vibrators of all time, ICONIC RABBIT 2 offers the same simultaneous external and internal stimulation, plus a USB recharger, so you don't have to worry about supplying the batteries.This noteworthy version includes a few modern twists: Iconic Rabbit 2 is waterproof, quiet, and features digital controls and a USB charger.

The Rabbit that started it all.

The popularity of this design is telling. Conservative estimates indicate that over 5 million “Twice As Nice” vibrators are made each year, and production levels are still growing. Adding to the momentum, several celebrities have spoken openly of their affinity for the product. No stranger to the limelight, it has made appearances on numerous TV shows – most memorably, its cameo on Sex and the City in 1998.

The curious appearance of the vibrator is functionally derived, but culturally embellished. The Rabbit Habit features a stylized rabbit attached to the base of a shaft, which, upon closer examination, is detailed to resemble a woman, complete with a caricature face, necklace, and bob haircut. In Japan there is a long-standing taboo surrounding the depiction of genitalia. As a result, in sexual implements dating back millennia, faces and other details were often sculpted onto otherwise phallic forms to soften their visual impact and disguise (albeit only slightly) their functional intent. Some of the more elaborate designs even included swords, kimonos, and other details to represent samurai and geisha characters. Today, an entire menagerie of Twice As Nice vibrators is available, featuring animals ranging from dolphins to seahorses, monkeys to birds.